The Wirruna Poll Hereford herd was established by Aubrey & Ruby Locke in 1949. The name ‘Wirruna’ was the original home of the herd, a property situated at Holbrook in southern NSW derived from an Aboriginal word meaning “place of beautiful sunset”.

The stud was set along traditional lines with success being recognised by a large number of show ribbons and many Hoof & Hook competition awards that proved Wirruna was a leading herd in the show ring through the 1950’s and 60’s.

When Richard Locke (right) succeeded his father as principal of the stud in the early 1970’s, he was frustrated by the stud industry’s concentration on showing cattle rather than being aligned to the needs of commercial cattleman.

The stud therefore made a fundamental change in direction in 1972 to genuine performance testing raised on grass. 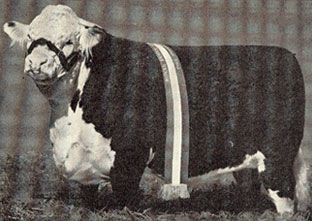 In turning his back on the show-ring and its culture, the sacrifice made was the associated publicity and the need to re-educate a client base away from the over-fed, show orientated bulls to buying grass-fed bulls selected on performance and high fertility under commercial stress conditions.Initially , this was a long and lonely road for Richard to stand by the courage of his convictions, however, over time the growth in bull client loyalty and the general move of the industry towards the Richard’s philosophy was recognition that the Wirruna herd were on the right track. Richard Locke was awarded the BIA Fellowship Award in 2001 for his pioneering involvement in the seed stock industry.

1994 saw further succession of Wirruna Poll Herefords with Ian Locke, representing the third generation of the Locke family involved in the management of the Wirruna Herd. (below) 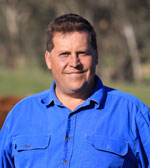 With today’s cow herd at Wirruna comprising 600 registered females, the fundamental principles remain, running and selecting beef genetics that are able to survive & thrive under commercial stress conditions with grain feeding for maintenance, rather than for performance.

Fully performance recorded with Group Breedplan and still at the frontier of seedstock production for the commercial beef producer.